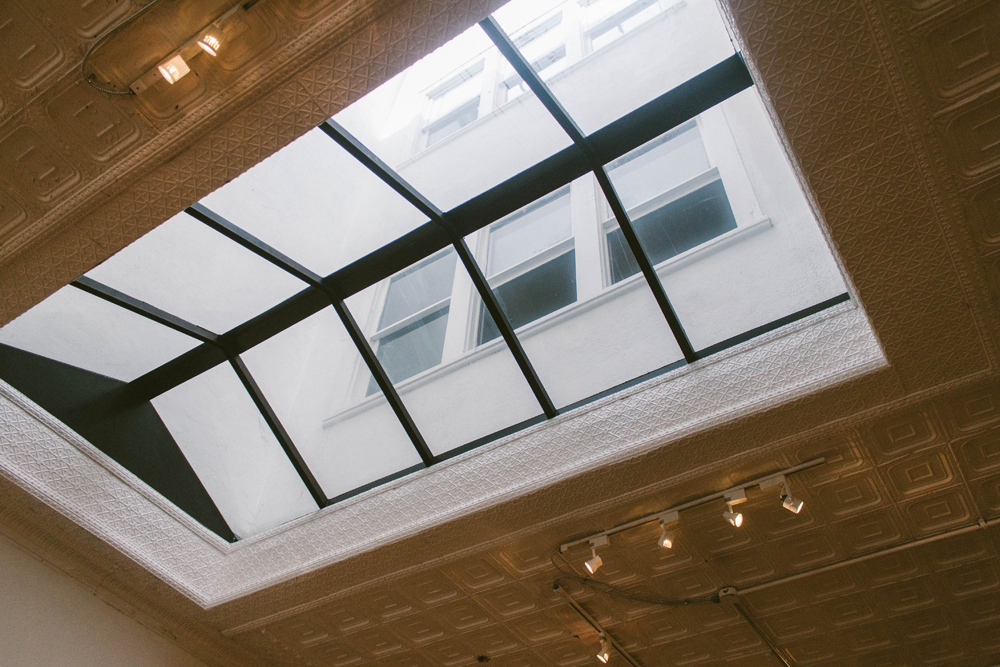 It’s tempting and easy to allow the frustration I feel to overshadow all that is worth celebrating. It’s been a rough week, full of setbacks, getting hurt, and also being the one to hurt. I continue to wish feeling thankful wasn’t something I had to work so hard at, that it was natural and simple, but through by own failure I see God’s glory and grace, and this is a very good thing.

I’m thankful for the safety of my family overseas, for friends and the wise counsel they offer, for the small pleasure of baking cookies and taking walks. I’m thankful for conviction, restraint, and the opportunity to learn to love others better even in the very moments I have failed. For unexpected lunch dates. And for those moments of clarity when dissatisfaction and comparing myself to others isn’t the automatic response. These things are more than enough. 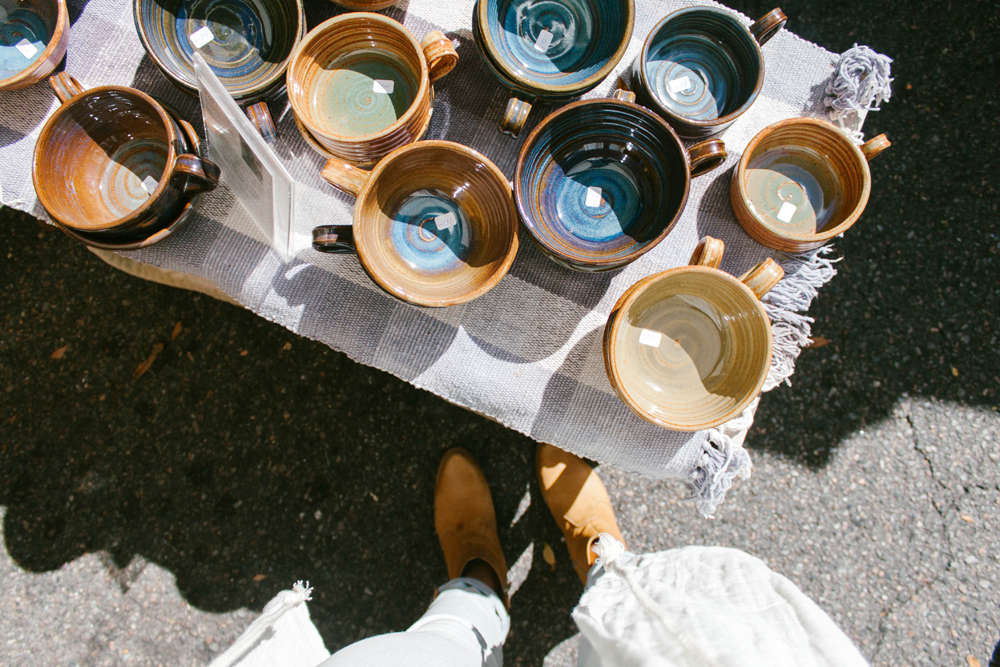 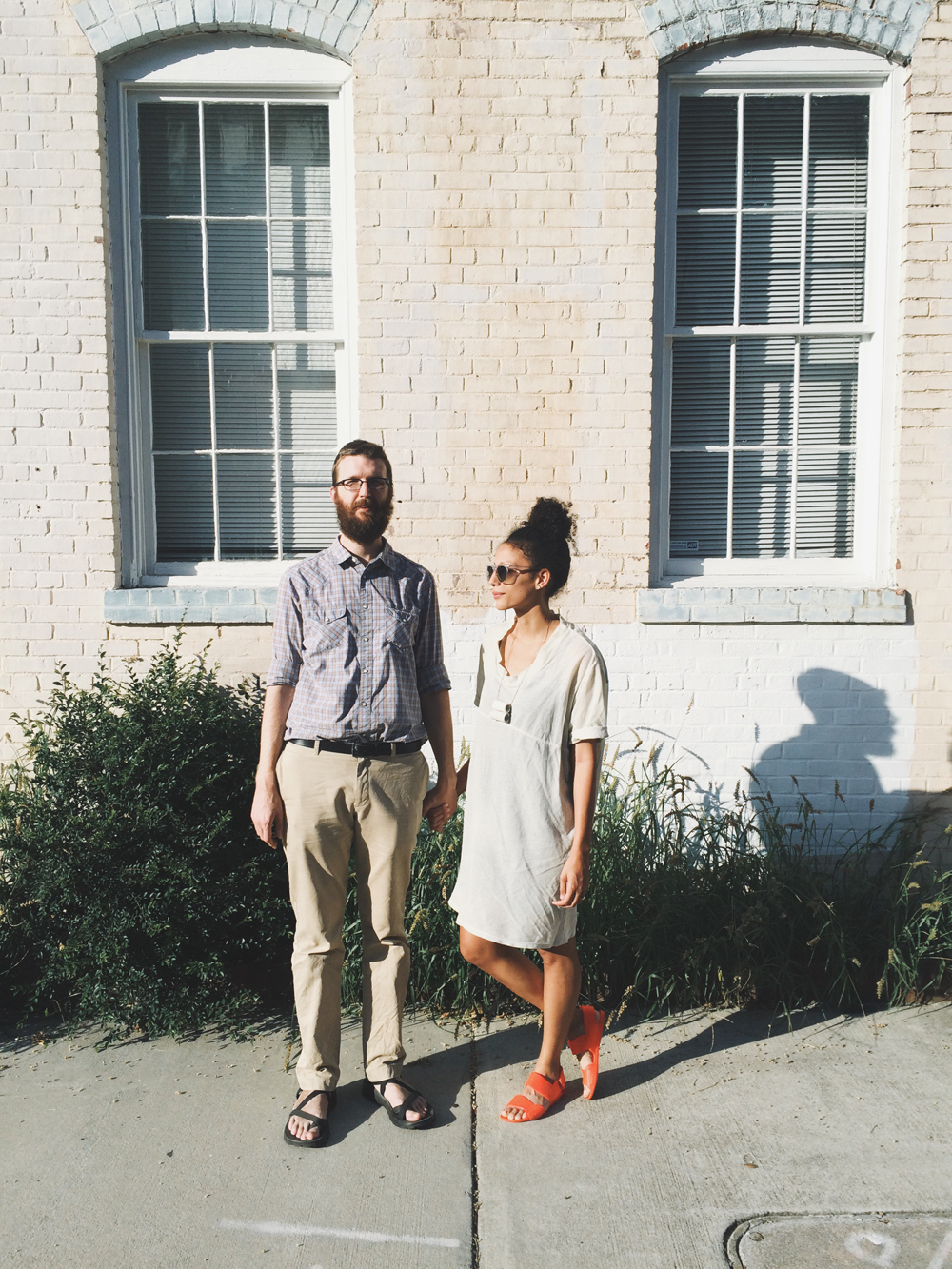 It’s been a crazy and fun few days, and honestly a welcome break from some of the feelings I’ve been having. The third weekend in September is much loved because our downtown streets are home to the Arts in the Heart festival. It was extra lively and busy at the store, which we’re thankful for. ArtZilla set up on our front patio and artists painted on site the whole weekend, plus we ate our weight in delicious cuisine and browsed the seemingly endless booths of art. It was a solid good time. We bought a painting by Lorri Kelly and a small hanging pot, which, it goes without saying, I can’t wait to see in the new house.

The weekend ended with drinks and good conversation and finally crashing in bed with guilty pleasure television shows. My legs ache from walking more than usual on top of my regular runs and our temporary room is a neglected mess, but it’s worth it. This morning was quiet and calm, and now rain and thunder have brought a darkened beauty to the day. It’s oddly just what I need to get myself back into the swing of daily life.

Last night I was struck by how different our weekend was compared to the year before. I speak of it often, though only vaguely–one of those decidedly painful and difficult times that had us feeling a heavy burden and tension surrounding these few days in particular. It’s a strange memory to have–one that almost doesn’t seem real–and we’re relieved to be passed it but also glad for the humbling opportunities for relational growth that resulted. I feel a major freedom in that, and I’m grateful not to have felt anger, grief, and confusion this weekend but simply the honor and joy it was to witness a city come alive through art and fellowship.

END_OF_DOCUMENT_TOKEN_TO_BE_REPLACED 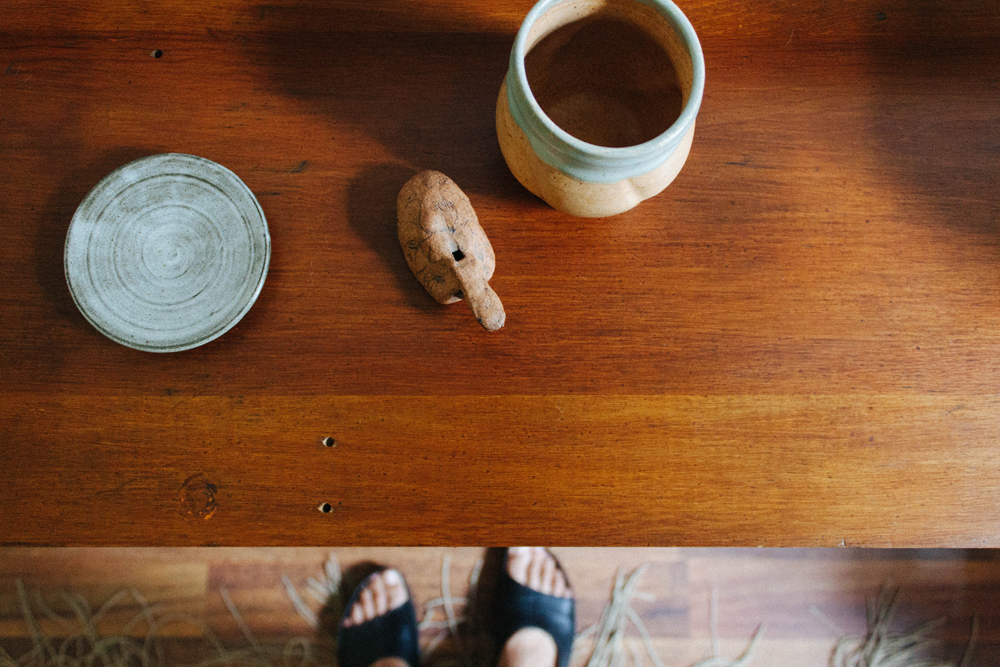 Lately I’ve been feeling so thankful. Thankful for a morning off with my husband, catching up with a sweet friend, our nieces and nephews, opportunities to learn and grow creatively, the courage to break from my comfort zone and seek to know others, broken relationships now restored–especially, especially this. God continues to work in me–changing my heart, convicting me, drawing me nearer to him, helping me love others and receive the love offered to me with gratitude, gentleness, and grace. Things I cannot hope to do on my own. The Lord is always faithful.

In a few days I’ll be heading to the hospital for another surgery and I’m glad to have these reminders of God’s mercies to take along with me. 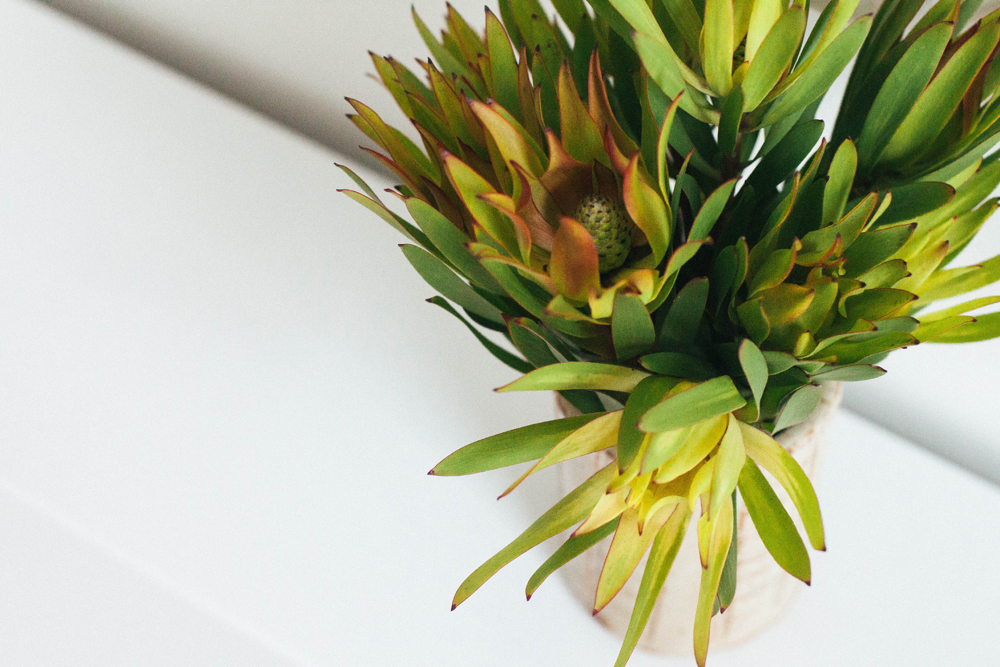 Much has gone wrong in the last few years, the last six months even. I’d love to stop talking about this “difficult season” but it’s not one of those things that resolves itself quickly. I keep thinking I’m over the hurdle, that surely now I will have something positive to talk about, something good to report. But there’s always one more thing, always something to stress and worry about no matter what our lives look like. Recently I’ve referenced vaguely a lifting of physical and emotional burdens, but almost immediately I’m knocked back down with difficulties creeping their way in again. It’s discouraging to glimpse a time and feeling that wasn’t always so elusive only to have it crawl back into hiding soon after. It sounds wildly melodramatic when I type out the words, but I’ve felt stuck for so long.

I’m practicing being thankful this week, which is so hard to do despite saying you want to. It’s no surprise that I’m still working on it, chipping away at my stubborn, ingrained negativity, succeeding and failing a little every day. It’s easy to overlook good things in the midst of challenges, pain, and sorrow, the ups and downs. In an effort to overshadow some of the darkness I’ve been experiencing and work towards being a more loving and gracious person, I’m going to take time daily or weekly to reflect on the things I’m thankful for, actually putting them front and center in my mind and writing them down. Instead of saying, “I want to be more positive and thankful,” a very abstract and overwhelming task that doesn’t come naturally, I need to give myself a specific catalyst for refocusing. It’s not that good things don’t happen, rather it’s difficult to notice them because I’m used to not even looking. I expect the worst so I see the worst. It’s my hope to change that–to see the good first even amongst sorrow, to be guided by a spirit of hope and not despair–and I’ll share some of my thoughts here along the way.

This week I’m thankful for my sweet, bad dogs, the hand-me-down gift of a second car (an older model of the car we planned on getting anyway!), the good business we’ve had at the store. I’m thankful for the check reimbursing us for a small portion of my medical expenses (every little bit helps). I’m thankful for little things: fresh flowers, hot tea, good movies. I’m thankful for the Lord, knowing he is never absent from my life, especially in those moments I’m in over my head. 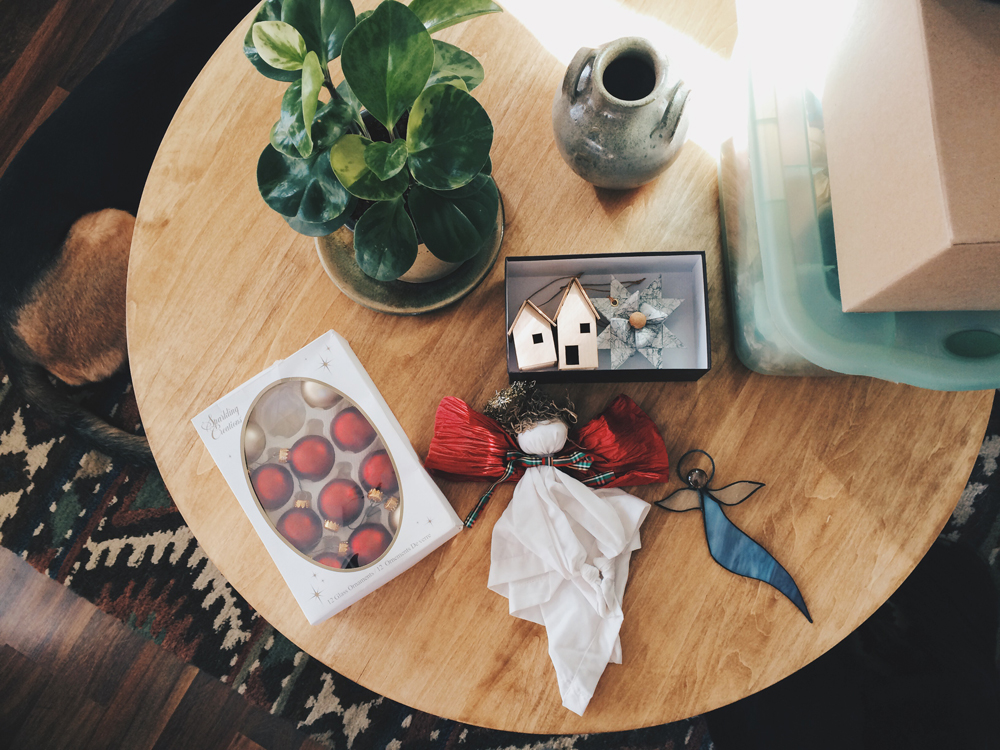 Recently my best friend said she wanted to be more present and content in her day, and when I asked what that looked like she said, “I think choosing to be thankful and not always wishing I was somewhere else. And choosing to take joy in things and not be ruled by my anxiety.” I could relate very much to being absent from the present. I’ve seen that pattern of dissatisfaction at the root of my own life–with people, activities, sacrifices we make for others. I tend to want to be somewhere else, doing something else. It’s a product of both pride and fear.

The last week has shown me how fruitful choosing to be present and content, joyful and thankful, really is. It’s good to make myself more aware of the value and beauty in my everyday, in the place I’m at right now. It doesn’t always come naturally. To be present in the Lord, and not anxious, changes the way I see my life, and there’s an immense joy and thankfulness that flows from that. My spirit renewed. Remembering this is especially helpful when I’m stuck comparing myself to others, wishing things were different. Or when my anxiety and fear in social situations prevents me from enjoying and opening myself up to others. I’m glad to have a friend who encourages me to look heavenward along with her.

Sunday was a glorious day, one of rushing about but also much needed relaxation. David and I had a nice, quiet breakfast and coffee together before church, a service which moved us to tears even later as we reflected on it. We worked together preparing for an event at the store and it was a great success. I went for an energizing run, something I feel more and more is a part of who I am and not just something I do. And in the evening we ate Chinese food and put up our tree. My heart felt so full. What a wonderful end (beginning?) to the week. 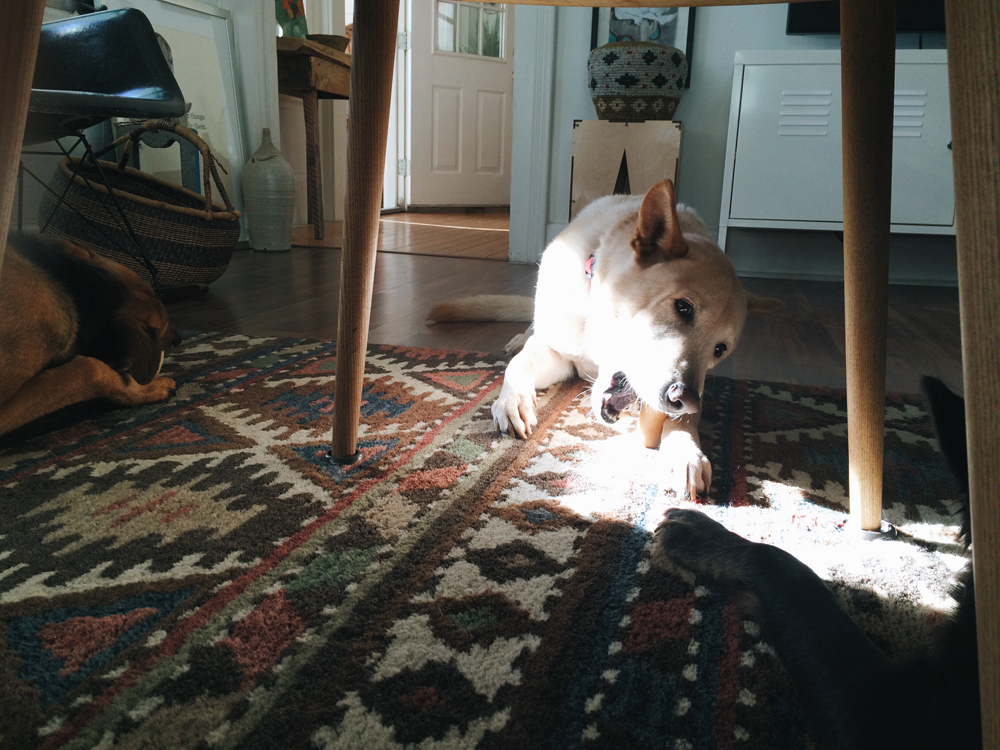 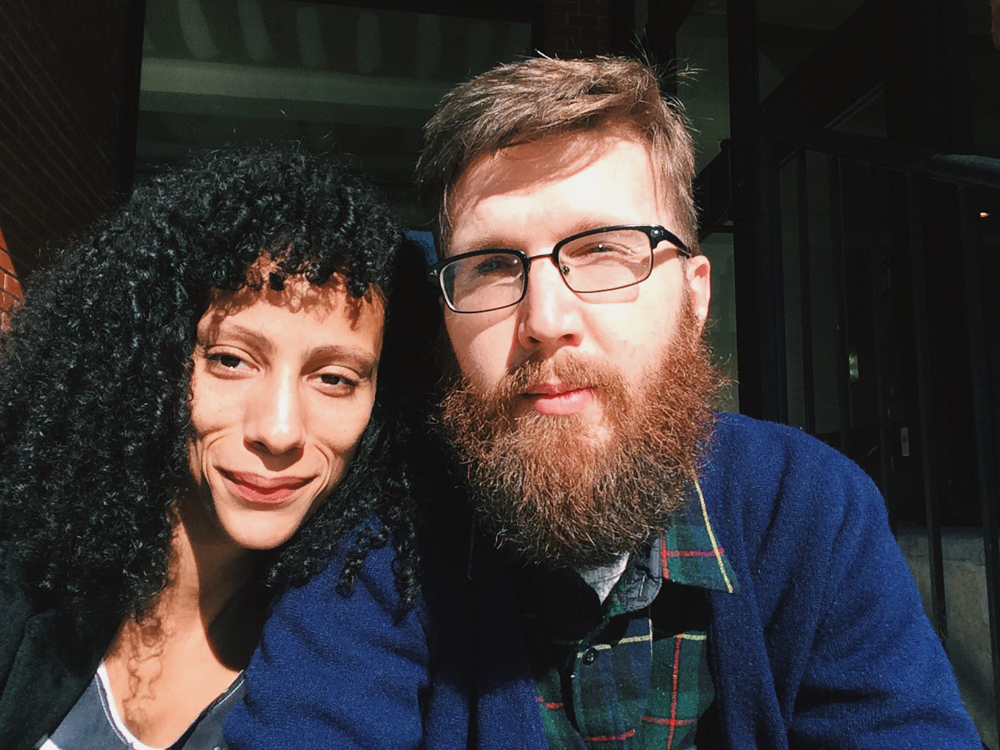 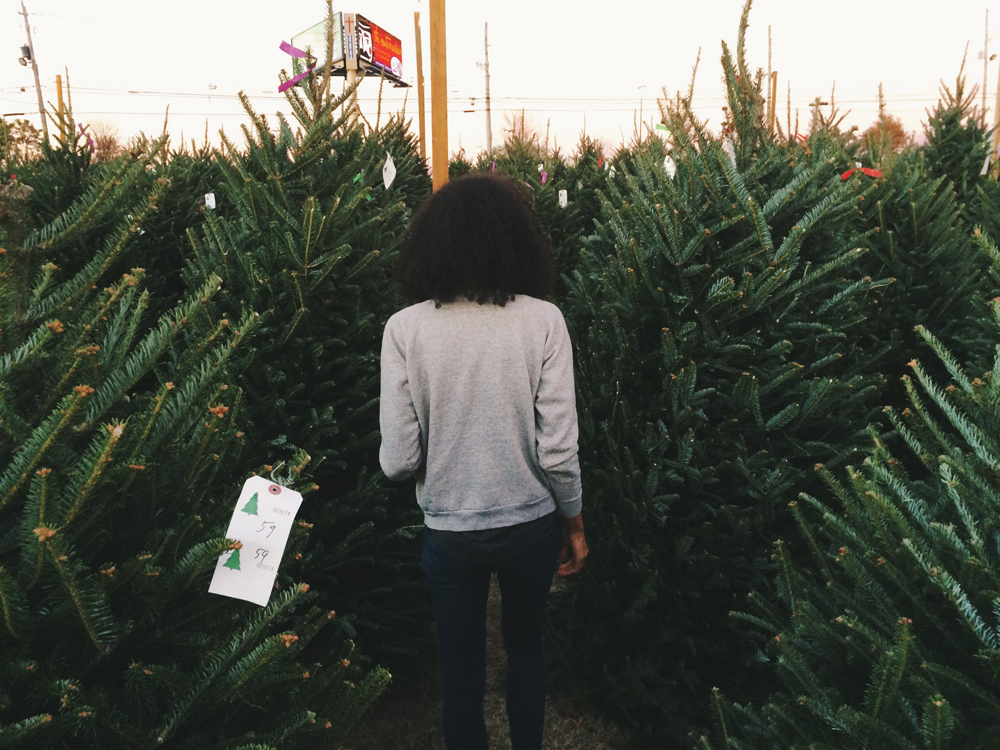 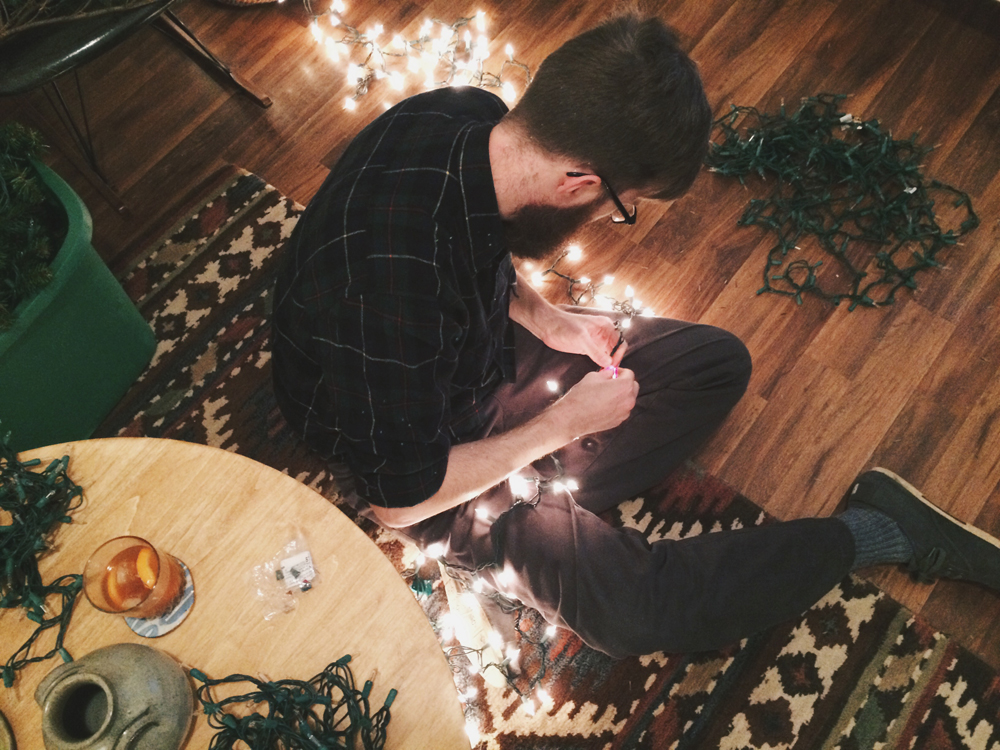 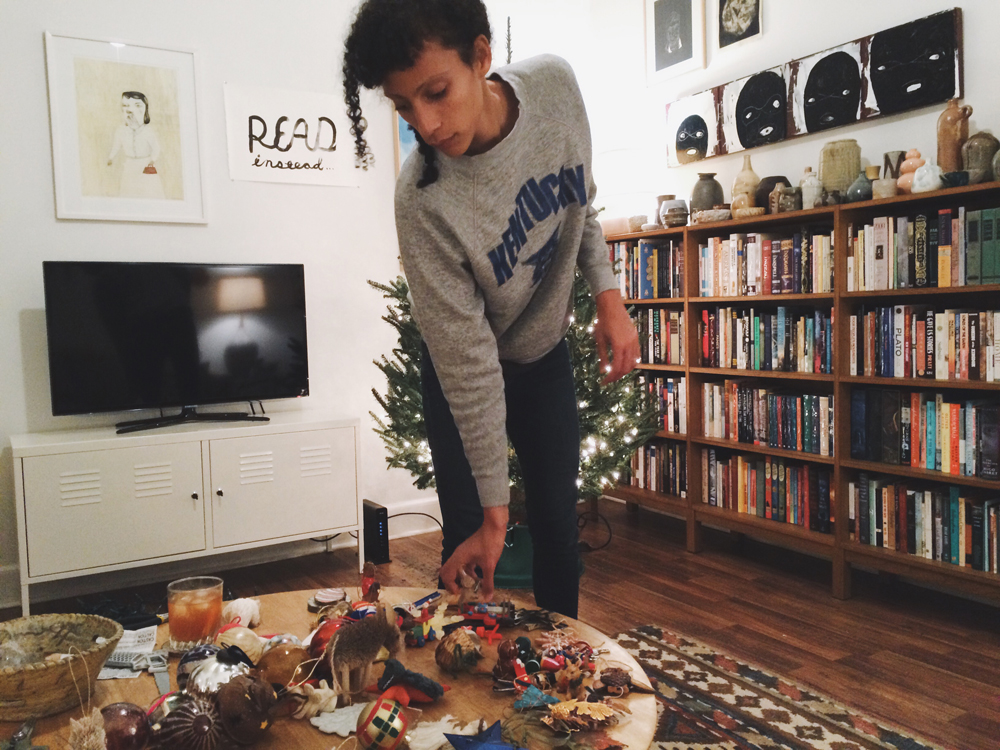 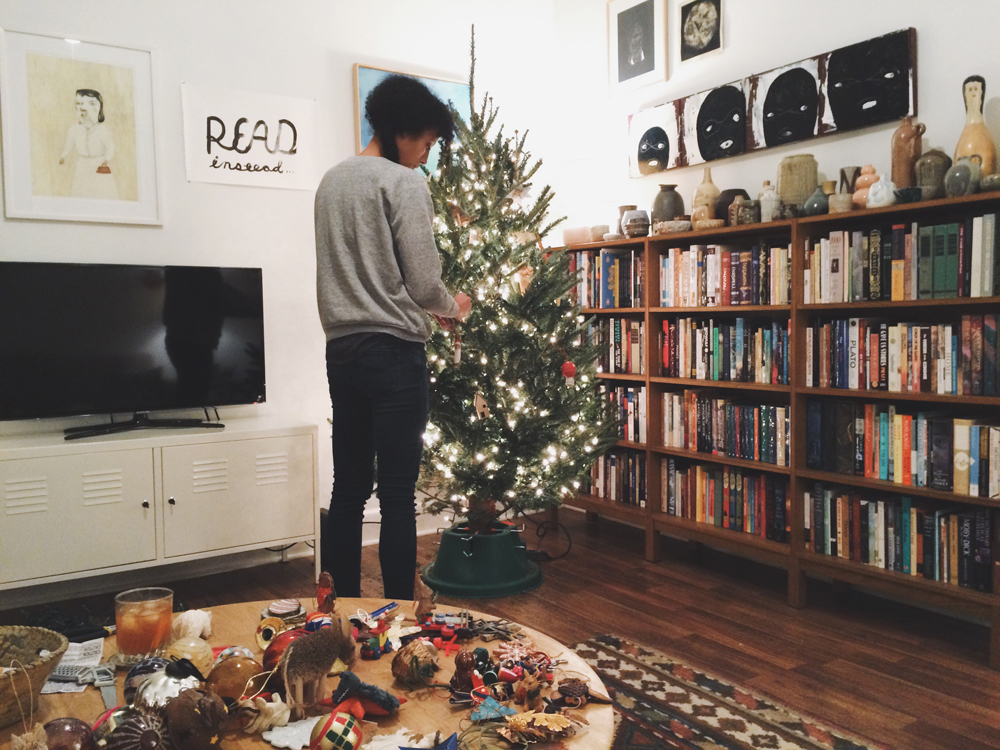 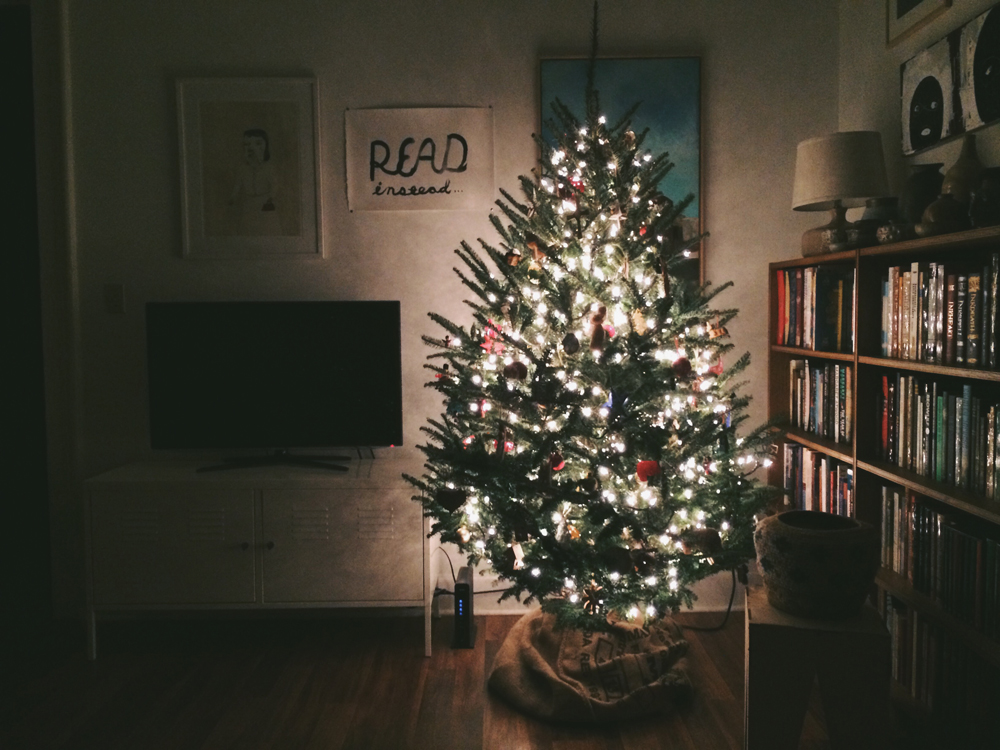